RealHR Nightmares (and How To Deal With Them)

Real HR Nightmares (and How To Deal With Them)

You hoped it wouldn’t come to this.

Have you ever woken up in the middle of the night startled by the latest HR nightmares you have to deal with in the morning? Do you wish you learned how to handle these nightmare scenarios before they struck your workplace? Have you seen it all and honed your HR expertise so much that nothing fazes you anymore?

If you answered yes to any of these questions, this RealHR Nightmares event is perfect for you. PIHRA’s RealHR initiative is all about creating engaging, interactive spaces where real, taboo, and forward-thinking HR topics are discussed openly. In the spirit of Halloween, our upcoming RealHR event is a night of uncensored, potentially horrifying, definitely hilarious stories – and practical solutions. (As with all HR events, the highest level of confidentiality will be upheld and sharing stories is not required of attendees.)

You’re invited to join us for PIHRA #RealHR Nightmares Uncensored, a collaboration with PIHRA Ventura County and PIHRA Woodland Hills. Gather round Sunland Vintage Winery in Thousand Oaks with a glass of wine (and dinner!) to share your scariest stories about working in HR! It won’t be all venting, because we’ll break out into groups to collaborate on ways to deal with these horror stories more effectively in the future.

No need to wait until October 29th for some scary stories! Below is a collection of stories about real-life, real HR nightmares we gathered from brave souls in the PIHRA universe. Please follow us on Facebook, LinkedIn, Instagram, and Twitter if you can’t make it to this event, but still want to share your HR nightmares.

Read at your own risk – and join us in person for RealHR Nightmares this October 29! 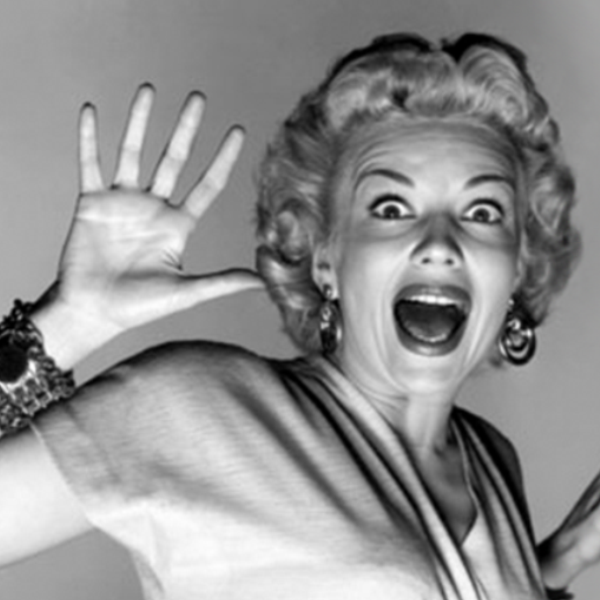 I unfortunately was assigned to travel to Alabama to conduct layoffs. Everything was planned smoothly and after the first 4 conversations or so, I called in the next person who was a gentleman by the name of Dave.

Dave was apparently ready for our conversation and came into the room with a gun in his belt.

He immediately cut me off and said, “I heard you’re all laying people off, well, today just so you know, I’m not getting laid off!”

I immediately responded acknowledging his statement. “Dave…you are so right, I called you in to tell you in spite of the layoffs, you should go home for the rest of the day with pay, given the emotional toll I’m sure this is taking on you. Have a great day and see you tomorrow.”

Needless to say, as soon as he left, I called my boss and told her I was headed back home on a plane.

In my manufacturing days …we hired from targeted at-risk for low or no employment groups. I have several occasions where I needed to talk with an employee regarding bathing on a regular basis and washing their hair.

Another employee, same employer, I had to hire a deaf interpreter to tell the employee he needed to wear underwear under his sweatpants – no commando at this facility.

I had a Cable Technician that picked up a puppy, took the puppy home in his company-provided van, and the next day met with the family of the puppy who had offered a reward.

When the family did not come forward with the reward, the Tech placed the puppy back into the van and drove off.  Kidnapping the puppy. The puppy drove around with the Tech most of that morning until the Lead drove up to check on the Tech.

Needless to say, we returned the puppy, unharmed to his owner and the Tech after investigation was terminated for having someone/thing in the van with him – it was a safety violation. 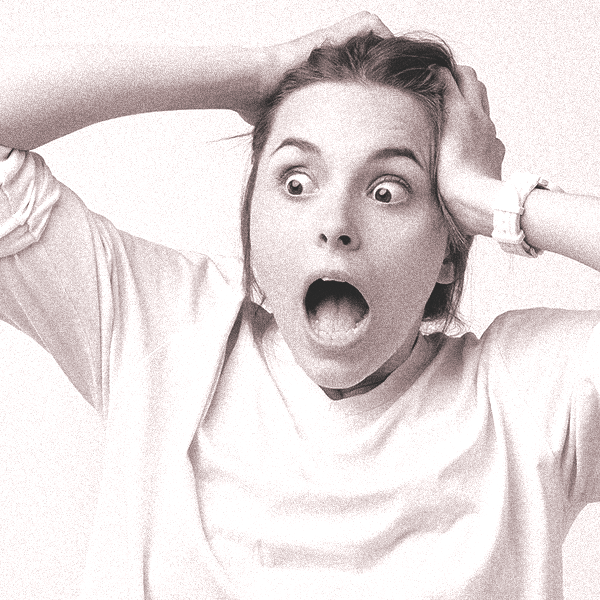 We received a complaint that one employee noticed another was carrying a firearm into the workplace.  The manager asked him not to bring it in to which he stated the country was “an active war zone” and he needed to be ready for the fight.  He also stated there was no sign stating firearms are not permitted and only a small mention of it in the anti-violence policy.

So we strengthened the policy, posted a few signs, and then asked him to not bring the firearms in. A few months later we received a complaint about a firearm being brought in again.  When we brought him in, he admitted to having the weapon and was willing to hand it over so that it could be locked up until the end of his shift.

As we started to discuss his actions, he interrupted and asked if we also wanted the weapon around his ankle.

Now our practice is if we are having a similar discussion, we always ask for additional weapons before proceeding. 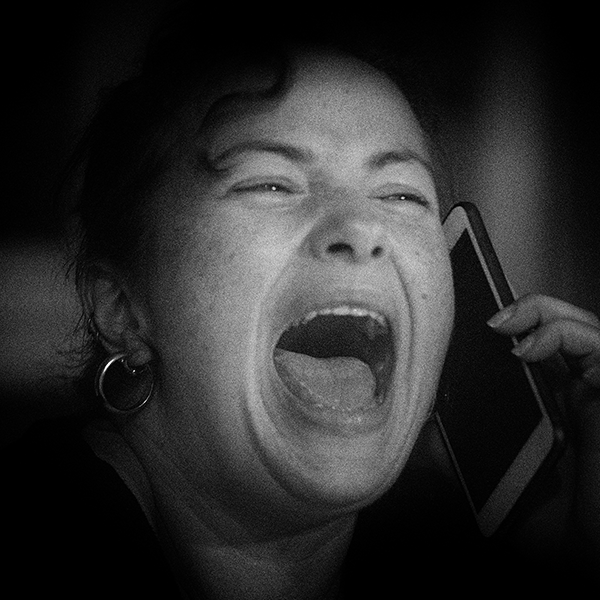 Oh…I can tell you about my parole. So I had this employee who was a parole, and he was not the nicest kind of a guy. The ladies in the plant were complaining about comments he was making, racial and sexual. He was a skinhead.

As I sat him down to go over the company’s harassment policy, he got agitated and came up out of his chair and tried to come over the desk at me.

I don’t know how I had the moxy to do this but I planted both hands on the desk and went nose to nose with him. I said, “If you don’t sit down, I will call your parole officer and have him remove you from our property.”

To my amazement he sat down and very respectfully listened to the policy. He was pretty good after that…but eventually, lost his job with us.  It was pretty scary at the time because my office was so far back in the building – no one would have heard any altercation. Guess I had a guardian angel that day.

Many of the others I have examples of are too inappropriate for publication.

I was visiting a location working out of a directors office.  He was standing by the window talking on the phone and when he ended the call he asked me to quickly join him and look towards the bushes across the parking lot.

There, in the distance, I saw little puffs of smoke. A moment later a head popped up, looked around, then the head ducked back down and let out a few more puff’s of smoke. We watched until the smoke went away, saw three people crawl out, and they stumbled and giggled their way into our building.

As they walked down the hallway towards the warehouse, we asked them to join us in our office. We questioned them about their eyes, their slurred speech, their smell, and all the smoke we saw, but they said it was nothing so we asked them to go with us to a drug testing company. They originally declined and we said it was mandatory as their positions were in safety sensitive roles.

One asked if he could quit. We said OK, so he wrote out a quick resignation letter and left the building.  The other two followed shortly after.

I was working on the 5th floor of an office building when I noticed a ton of cops converging in on our parking lot – so of course I stood and watched and was joined by coworkers.  Then one said “I know that guy! He works for us!”

A moment later, police were in our suite going through his belongings.  They pulled out pills from his desk drawer which we later found out he was selling in the parking lot throughout the day. 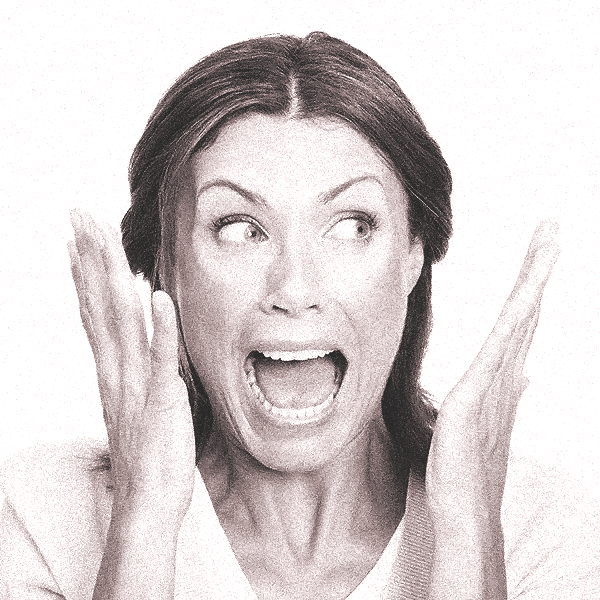 “Hurry, hurry you won’t believe this!” exclaimed a frantic employee as she rushed into our human resources department. She was flailing her arms, making faces and covering her nose. Of course, the entire HR team jumped up to follow her as she took us into the Ladies’ bathroom.

Over the next few months, this would happen periodically and randomly at different times, discovered by different people either from a ghastly smell that greeted them with they opened the bathroom door or when they stepped in something reeking and rancid as they were haphazardly rushing to go to the bathroom.

Our HR team spent hours trying to find the bandit. We set up a watch around the clock by the bathroom doors during various hours. We reviewed the time cards and in’s and out’s of all employees that were in the building around the time the incident occurred. We had a few theories but none of them ever led to finding the culprit. Eventually, the occurrences of poop on the floor diminished.

Months later, I left that company to move on to another opportunity. I often talk to employees who were affected by the Bandit and they tell me that the perpetrator has never been caught. They now warn others to beware of the Bandit each time they enter the bathroom.

To my surprise and fear, rumors of the Boo Boo Bandit started to surface at my new company located across the country. I am still haunted by the experience and now I diligently sniff and deliberately check the middle of the floor during every bathroom visit to make sure I do not become a victim of the Boo Boo Bandit! Boo & have a scary HR Halloween!!

How To Deal with RealHR Nightmares

As you know, there’s no magic solution for handling HR nightmares, but surrounding yourself with an experienced, supportive community like ours – and sound hold of compliance to California employment law – can help mitigate many of the issues that stop HR professionals dead in their tracks. Do you you have a juicy, real HR nightmare you want to discuss in a supportive, confidential space? Do you need some expert advice – or are you the expert who is ready to help others navigate these horror stories? Register today to join us for RealHR Nightmares and How To Deal With Them!

One Night Only in Thousand Oaks

At this unique HR gathering, you’ll gasp in horror and laugh at the absurdity of the tales of harassment hazards, lay-offs gone wrong, unmaintained personal hygiene, P-I-P poltergeists, unbridled passion, and more! We’ll also discuss the kinds of proactive, preventative solutions you’ll be thankful to add to your toolkit.

Not only have our hosts at Sunland Vintage Winery curated the most delicious wines and beers for you (two drinks included), Dine with 9 Catering has designed the spooky story inspired menu below (dinner included):

All that’s missing is you! Broaden your HR circle with us at PIHRA RealHR Nightmares and experience a night of uncensored thrills, genuine support, uproarious laughter, and utmost confidentiality.

→ Register online before October 29 and SAVE!

There are many ways to volunteer with PIHRA & hone your leadership skills.

→ Become a Speaker or Volunteer

→ Grow Your HR Power with PIHRA

The fastest way to stay on top of news for human resource professionals.